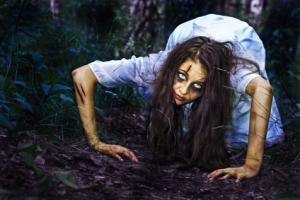 A View of the Mental Illness Stigma

What do American Horror Story Asylum, The Snake Pit, Girl Interrupted and Garden State all have in common? Each piece of entertainment addresses mental health in one-way or another. While Hollywood has no problem using behavioral disorders to further plot points, in reality mental health is not a hot topic because of the longstanding stigma associated with various conditions.

According to PsychologyToday.com, stigmas can be broken down into two unique categories, social stigma and self-stigma. Social stigma can be caused by a mental health problem diagnosis, prejudice and discrimination. Self-stigma occurs when a diagnosed patient lets their label dictate their sense of self.

No matter where the stigma labels come from, it can diminish the quality of life of the sufferer. Throughout history, individuals with behavioral issues have endured discrimination including shame, isolation and inhumanely treatment. The problem got worse with the advent of institutionalization.
Before there was psychology or psychiatry, hiding the ill was the solution. During the 18th century, warehousing the mentally ill allowed families to hide their shame; that segregation from conventional society helped strengthen the mental health stigma.

Dorothea Dix was one of the first advocates promoting mental health care reform.  She fought to change the negative perception associated with behavioral health issues. Her efforts included researching how institutions worked and exposed abuse that occurred behind closed doors. Based on her findings, Dix lobbied state legislatures and Congress to take action. Her work resulted in the creation of the nation’s public mental hospital.

As the system aged and crumbled, the government decided to enact deinstitutionalization as the solutions. In 1955, the government decided to move the ill out of large state institutions and then close the facilities; patients were on their own. Many were homeless, and when the public saw the sick up-close, in person and without any medical help, the stigma continued to thrived.

According to the National Institute of Mental Health, approximately one in every four adults over the age of 18 endures diagnosable mental disorders. Less than 40 percent of those folks ever seek treatment because of that mark of disgrace. After many years, the launch of Affordable Care Act (ACA) will help reduce the stigma and cost associated with mental health.

1 thought on “The Mental Health Stigma”